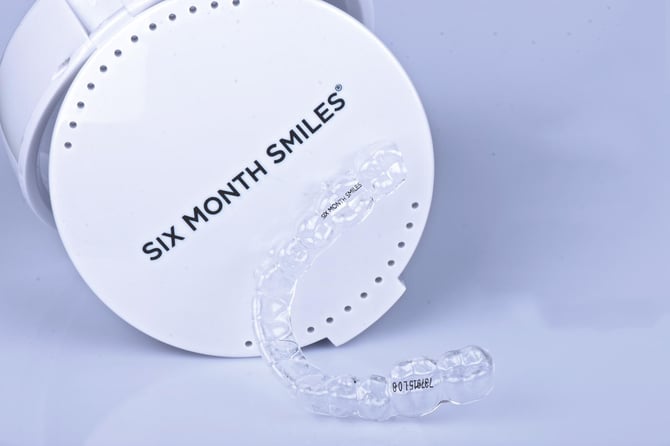 THE COLONY, TEX. — Consumers and dentists searching for a safer alternative to DIY clear aligner treatment can rejoice. The North American medical device manufacturer, Six Month Smiles, has announced the launch of its Invisible Aligners product which is overseen by the general dentist in most cases.

DIY aligners such as those made by industry newcomers have recently come under fire from consumers and the media alike.

“Because we’ve spent the last 12 years perfecting clear braces for adults, we’re keenly aware of what aligners can and cannot do,” said the company’s Vice President Umair Ahmed. “That intelligence was an integral part of fixing the process. Now we can bring dentist and consumers a complete solution based on what’s best for the patient.”

Since Six Month Smiles now offers adults both brackets and wires and invisible aligners, the company’s treatment planners are indifferent to recommending one solution over the other. If a patient is not a candidate for invisible aligners or aligners alone, it's orthodontists will recommend a clear braces or a mixed appliance option.

Six Month Smiles President and CEO, Perry Lowe, added “Our system is designed to give the dentist more control over the patient’s outcome. That’s very different than painting the patient into a corner of endless refinements. Every 6MS treatment plan is overseen by an orthodontist. So the patient and their dentist can rest in the fact that they’re never on their own.”